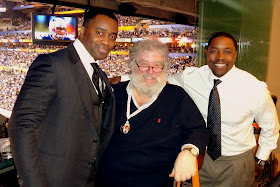 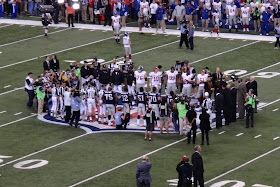 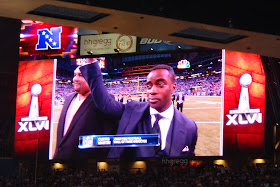 Pre-game coin toss with introduction of newly elected Hall of Famers. Curtis got the biggest around of applause from the audience at the game. 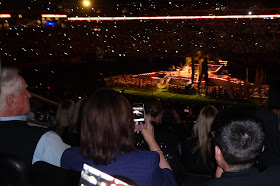 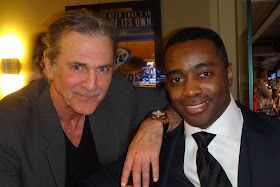 Don Shula watching the Halftime Show from the Hall of Fame suite as Madonna performs onstage in a spectacular performance after which Shep Messing and Curtis take time out to pose for a pix. 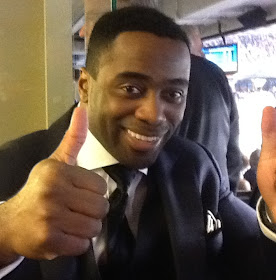 Wrapping up the day, Curtis gave it all a big Thumbs Up. Congratulations Curtis for a spectacular career and the worthy recognition of your accomplishments.
Chuck Blazer at 10:20 PM